You are using an outdated browser. Please upgrade your browser to improve your experience.
by Bryan M. Wolfe
March 21, 2012
Perhaps you could Call it Draw Something With Friends, or if you can't copy it, buy it! It’s official! Zynga has purchased developer New York-based OMGPOP. David Ko, Zynga's Chief Mobile Officer, made the announcement today during a news conference, calling it "super fun." The deal is said to be worth $200 million and is effective immediately. In news first leaked earlier this week, the acquisition brings together the Words With Friends developer with the folks behind the popular Draw Something app, which currently sits atop iTunes’ “top paid” and “top free” lists. In addition, the app is also one of the top grossing apps currently in the App Store. In fact, Draw Something is so popular, it saw 30 million downloads in just five weeks. According to Ko, Zynga has 240 million people playing their games each month, while one billion drawings have been created using Draw Something. The deal includes $180 million plus another $30 million or so in employee retention payments, according to All Things Digital. Note that Zynga would not confirm this number at today's conference. He states:

“At Zynga we’re committed to building brands that we’re proud of and that our players absolutely love,” said David Ko, Chief Mobile Officer of Zynga. “We want people to play our games and feel a fun and valuable social connection to their friends and family. We think Draw Something is one of the most social, most expressive mobile games ever built with its unique social competition and unmatched player generated content. We’re excited about the brands OMGPOP has developed to date and we look forward to supporting the team’s creativity and helping scale their incredible games to an even bigger global audience.”

“I want to thank our players, our fans, everyone who’s ever drawn something. You’ve made this game into something truly special. Zynga offered us a chance to focus on Draw Something – they know the power of the game and they planned with us how to let it keep rolling in the same fun, irreverent, social way that it has been. That was really important to us. The game will stay true to you and what you love, and it’s my solemn vow that the magic of Draw Something will not change. I know without a doubt that Zynga is the right partner for OMGPOP. Our new partners at Zynga know how to innovate at scale, and they’re pushing the limits of social with their mobile games. With the added resources we now have, and the deep gaming experience we can draw from, we can’t wait to continue to surprise our users. If you’re a fan, a player of ours, I can’t wait to show you what’s in store – it’s going to be drawsome.”

And as our own Brent Dirks concluded, consumers might not be happy with this news.

But in some circles, the company (Zynga) isn’t very popular because of its business practices, including copying other successful game formulas. A recent report also looked at how the company treats the “whales” that spend thousands of dollars on purchases for virtual goods.

Personally, I can't begrudge OMGPOP for agreeing to this deal. After all, $200 million is a nice piece of change. Still, with Zynga's track record of late, who knows? Finally, it is worth nothing that Zynga has no plans on changing the title of Draw Something to Drawing With Friends. Have you played Draw Something? Are you happy with Zynga buying the apps' developer? 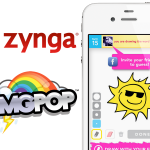 Draw Something Like $200 Million? You Got It!
Nothing found :(
Try something else