You are using an outdated browser. Please upgrade your browser to improve your experience.
by Bryan M. Wolfe
April 13, 2012
Known for his New Design style, Phillippe Starck has created everything from streetlights in Metz, France, to entire hotel lobbies in New York, to home products at Target stores. Now the French-based designer could be working on what could become the biggest new product launch since the iPad, according to AppleInsider. In a radio interview with “France Info,” Starck confirmed he is working with Apple to create a new product that is “quite revolutionary.” Although Starck provided no specific details (because of Apple's "religious cult of secrecy") on what this product actually is, he did suggest it would be out in eight months. In other words, around the holiday season.

The Face Behind The iPanel?

Knowing that Apple doesn’t think small, we can only assume Starck's “revolutionary” new product is the long-rumored “iPanel” television. In fact, Stark (who never actually worked for Apple before) says he had met with Steve Jobs around once a month in his Palo Alto, California home for seven years, prior to the Apple's co-founder's death in October. Besides, we all know Jobs "finally cracked the Apple TV." Could Starck have helped him do it? Updated: Our friends over at iDownload blog say that Starck isn't working on the iPanel. Instead, one of their sources says the French designer is working on the design of future Apple Stores.

I wasn’t able to get more details out of my contact, but I do trust her. And from what I hear, this is hardly a secret in the small French world of design and architecture.

Personally, we're still hoping Starck is behind the new iPanel! Check out some of Starck’s past work:     Can't you just see an Apple iPanel designed by Starck? 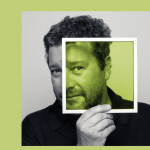 Updated: Is Phillippe Starck Behind Apple's 'Revolutionary' New iPanel?
Nothing found :(
Try something else