You are using an outdated browser. Please upgrade your browser to improve your experience.
by Bryan M. Wolfe
April 5, 2012
An internal AppleCare document suggests Apple is actively investigating Wi-Fi issues with the new iPad, which first launched last month. This news comes after hundreds of customers have complained via the Apple online support forums, according to 9to5Mac. According to the report, Apple is looking into a number of Wi-Fi related issues regarding the company’s third generation tablet, including connection drops, slow download and upload speeds, and the device’s inability to pickup local Wi-Fi networks. Internally, at least, Apple is confirming these issues do exist stating, “symptoms can include, but are not limited to: intermittent connectivity, slow WiFi speeds, and WiFi network not seen.” In addition, Apple is telling AppleCare employees to “ensure that devices they test are not facing these issues due to normal software bugs, but instead because of the actual hardware components.” Strangely, Wi-Fi only iPads are the only iDevice affected by these issues, according to Apple. The 4G model works just fine. Customers are encouraged to return affected iPads to Apple and get a free replacement. The “captured” iPads are sent to Apple’s engineering centers for examination and investigation. While we are encouraged that Apple seems to be taking a proactive approach to this issue, it is troubling to see that the problem may be hardware related and not something that can be resolved by a simple iOS update. Furthermore, we do not yet know whether these issues happen “out of the box” or only after days and weeks of regular use. Hopefully Apple will address this issue publicly very soon and give customers a step-by-step guide on what to do if their iPad is experiencing the mentioned issues. In the meantime, if you are experiencing Wi-Fi issues with your new iPad, we suggest contacting AppleCare sooner, rather than later. Have you experienced Wi-Fi issues with your new iPad? If so, has Apple replaced it for you? (Photo: Techzek) 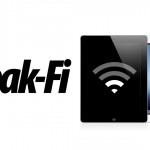 Report: Apple Confirms There Is A Problem With The New iPad

Report: Apple Confirms There Is A Problem With The New iPad
Nothing found :(
Try something else