You are using an outdated browser. Please upgrade your browser to improve your experience.
by Bryan M. Wolfe
March 28, 2012
Since arriving in stores only weeks ago, the new iPad has become Apple’s fastest-selling tablet of all time, with three million units sold in the first weekend of release alone. Still, the tablet’s arrival has been anything but smooth. Now, a new potential issue with Apple’s third generation tablet has been reported, this time concerning the iPad’s Wi-Fi strength, according to TabletPC Review. Just three weeks since its debut, the new iPad has been accused of being too hot, suffering from a yellow tint and including a battery gauge that doesn’t work properly. While each of those issues has been discussed in the new and old media ad nauseam, a new concern has now surfaced. Numerous reports on Apple Support boards claim the new iPad suffers from poor Wi-Fi connectivity and reception. To see if these concerns are valid, our friends at TabletPC Review recently performed a test. In it, connectivity was tested using a new iPad, a first generation iPad, an iPhone 4S and an iPhone 3GS. The test was conducted using a Cisco WRT310N 802.11a/b/g/n single channel wireless access point using the mobile version of SpeedTest, an up/down test utility. According to the tester, Andy Patrizio, the “tests were done over the space of my house, all on the same floor, at various distances with different numbers of walls in between. Tests were done on two servers, one in Los Angeles 32 miles from me, and one in Ft. Worth, Texas, 1,175 miles away.” Patrizio concluded that the further he got from the access point, the new iPad signal dropped faster and further than any other iDevice, including the iPhone 3GS, which was first released in 2009. Take a look (click to enlarge): While even Patrizio admits his test was not conclusive, it makes you wonder why a three-year-old handset had better Wi-Fi performance than the iPad 3 as distance increased. Assuming the results of this test are universal, perhaps all that is needed is for Apple to release a software fix. After all, tear downs revealed the iPad 3 uses the same Wi-Fi chip as the 4S, the Broadcom BCM4330. Besides, the iPhone 4S had poor battery life when it arrived in October, which was resolved with iOS 5.1. We’ll keep you updated on this story. In the meantime, have you noticed Wi-Fi connection issues with your new iPad? 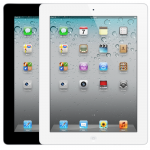 Wi-Fi Reception: Another New iPad Concern Surfaces
Nothing found :(
Try something else