You are using an outdated browser. Please upgrade your browser to improve your experience.
by A.T. Faust III
April 12, 2012
With news that the U.S. Department of Justice is going forward with its lawsuit against Apple over alleged e-book price fixing, critics of the government's case -- including various legal experts and educators -- are now chiming in. And they don't think Uncle Sam has a leg to stand on. At least, not when it comes to challenging Apple in court. In an interview with CNET, Geoffrey Manne, who teaches antitrust law at Oregon's Lewis and Clark Law School, says that the DOJ's efforts present "a harder case against Apple than the publishers." One reason why, summarizes CNET,

lies in the Justice Department's 36-page complaint, which recounts how publishers met over breakfast in a London hotel and dinners at Manhattan's posh Picholine restaurant... The key point is that Apple wasn't present.

And that key point is crucial, as it means that Apple may not have played any part in the involved publisher's eventual acceptance of the Cupertino company's agency model. Whether or not said publishers colluded amongst themselves is another matter. Dominick Armentano, professor emeritus of economics at the University of Hartford, echoes that sentiment, saying the DOJ

has a far better case against the publishers than Apple. ...If the CEOs of the various publishers got together in hotel rooms to discuss prices, they are sunk.

CNET's report, however, says that even a case against the publishers isn't a sure shot. Citing NYU law professor Richard Epstein, CNET says there are several "difficulties" with the case, and the general feeling is that the lawsuit is a categorical "mistake." Embattled Attorney General Eric Holder characterizing the affair as a price fixing "conspiracy" certainly can't help the government's cause. And as CNET says,

even Holder's version of events didn't accuse the publishers of agreeing on specific prices. If they agreed on anything, it was on a business model -- namely, that the so-called "agency model" that Apple's iBookstore offered was better than Amazon.com's wholesale model.

That jibes with the picture painted by McMillan CEO John Sargent, who yesterday published a statement on the matter. Apple Insider summarizes it thus:

"I am Macmillan's CEO and I made the decision to move Macmillan to the agency model," he wrote. "After days of thought and worry, I made the decision on January 22, 2010 a little after 4:00 AM, on an exercise bike in my basement. It remains the loneliest decision I have ever made, and I see no reason to go back on it now." Sargent said he has chosen to fight the lawsuit from the justice department because the terms demanded by the DoJ were "too onerous." He feels they would allow Amazon to return to a "monopoly position" that the online retailer was building before most publishers switched to the agency model. "When Macmillan changed to the agency model we did so knowing we would make less money on our e book business," he said. "We made the change to support an open and competitive market for the future, and it worked. We still believe in that future and we believe the agency model is the only way to get there."

While there's certainly more background to cover and much more to come, the DOJ's actual case is looking less and less justified. There is plenty of precedent such cases to be dismissed and see charges dropped, and it's starting to feel like we're headed for another governmental embarrassment. Oops. 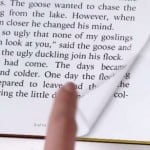 US Department Of Justice May Have Jumped The Gun In Price Fixing Case
Nothing found :(
Try something else