You are using an outdated browser. Please upgrade your browser to improve your experience.
by Bryan M. Wolfe
April 19, 2012
Is Apple losing its luster? That is the surprising question many in the investment community are now asking as more bad news has befallen the company, according to Business Insider.

For the just-completed quarter, Verizon Wireless reports selling 3.2 million iPhones. While this was more than half of all smartphones sales by Verizon, it represented a drop of 24 percent year-over-year. The reason for this, according to T. Michael Walkley at Canacoord, is that Apple’s competitors have been successful at promoting LTE-enabled smartphones, most of which run Android. Meanwhile, Apple’s latest handset, the iPhone 4S isn’t LTE-compatible. Because of this, investors remain slightly bearish on Apple, at least for now. Although Apple stock has rebounded from fresh lows earlier in the week, Apple stock has dropped nearly 1 percent because of the Verizon news. To date, Apple is down 7 percent from its high earlier this month. However, Walkley concludes what many already understand; when Apple releases a new iPhone, the company’s stock always goes up.

Follows other bad news for Apple

The Verizon news comes after the Department of Justice’s decision last week to sue Apple and other publishers over alleged price-fixing of e-books, as well as rumblings from some that an "iPad mini" could launch later this year and "cannibalize sales" of new iDevices. Is Apple headed for a tailspin? While this seems unlikely, I do wonder whether the tech giant can continue wowing customers each time a new iDevice is released. Because of this, I won't be surprised if Apple's stock falls a bit further, at least in the near-term. Of course, as was mentioned above, by the time the "iPhone 5" is released, all bets are off. Do you think Apple's most spectacular days are behind them, or are these developments just bumps in the road upward? 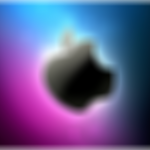 Verizon iPhone Sales Down 24 Percent, Investors Weary Of Apple In The Short-Term

Verizon iPhone Sales Down 24 Percent, Investors Weary Of Apple In The Short-Term
Nothing found :(
Try something else