You are using an outdated browser. Please upgrade your browser to improve your experience.
by Bryan M. Wolfe
May 8, 2012
Customers in the market for an iPhone 4S or iPhone 4 are now in luck. Target has cut the price of each model by $50, according to news first reported by 9to5Mac. The iPhone 4S is now available starting at $149.99 at Target stores across the U.S. The iPhone 4 can be had for just $49.99. Prices quoted require a two-year contract. Keep in mind, these sale prices are available in-store only and could end anytime. First launched in October, the iPhone 4S comes in either black or white and is available for a suggested retail price of $199 for the 16GB model, $299 for the 32GB model, and $399 for the 64GB model. The 8GB iPhone 4 model is available for a suggested retail price of $99. Apple’s sixth generation iPhone is expected to arrive later this year. Whether Target's price cut on the previous two iPhone models now suggests the next iPhone is arriving sooner, not later, remains to be seen. Recall, this isn't the first time we've heard this type of news. Still in the market for an iPhone 4S, or holding out for the next one? 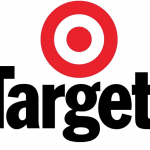 Deal Of The Day: The iPhone 4S For $50 Off
Nothing found :(
Try something else