You are using an outdated browser. Please upgrade your browser to improve your experience.
by Casey Tschida
May 9, 2012
A very successful collaboration with Ape Entertainment started back in 2010, the Pocket God Comics have taken Bolt Creative's island dwellers to another level and through new adventures. Today, the journey continues for Klik and the other pygmies as the latest issue of the Pocket God Comic series hits the virtual bookshelf. Published in early April, Gem Cell Research was the beginning of helping to repair the girls' gem. In today's release of issue 16, Gem Cell Research part 2, the boys need to make the next set of dangerous decisions.

Sweet Jumpin’ Laser-Sharks! What are Klik & Teela up to NOW? To repair the girls’ gem, they need the laser. To get the laser, they have to catch the Laser-Shark! …But is that really such a good idea? Are they going to need a bigger raft, or end up as just so much shark-bait? Never mind that… who is Linsee cuddling up with?! And how is Nooby’s new see-weed buddy doing? All these questions and more are answered in this Sharktastic Laserific issue!

Along with the latest book issue, the app also has a new user interface. The previous UI was very comic book-like, but it seems the powers that be have decided that the comic look is only for the books. The new design is more professional, sorted with a clean and simple navigation bar at the top that includes quick access to your purchased issues. To finish things off, the app description reminds fans that issue 16 of Pygmy Peril, the behind-the-scenes segment, is also available for download (as in free). Pocket God Comics is a universal app compatible with iPad, iPhone, and iPod touch running iOS 3.0 or later, and available in the App Store for $0.99. [gallery link="file" columns="4"] 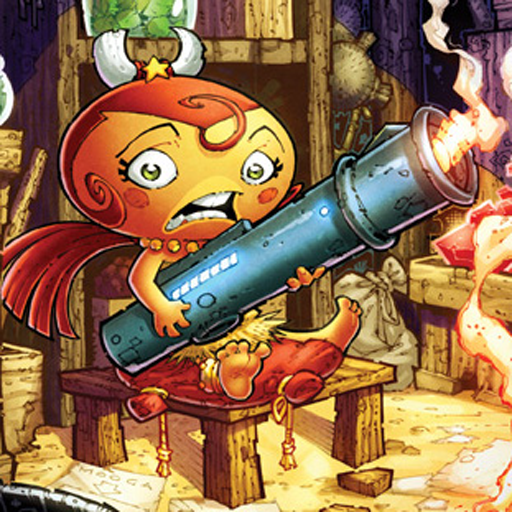 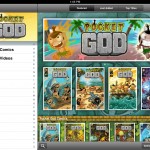 The Next Issue Of The Pocket God Comics Has Arrived, Plus An App Interface Revision

The Next Issue Of The Pocket God Comics Has Arrived, Plus An App Interface Revision
Nothing found :(
Try something else