You are using an outdated browser. Please upgrade your browser to improve your experience.
by Bryan M. Wolfe
May 3, 2012
If you’re in the market right now for a new smartphone, a visit to Verizon Wireless may surprise you. The nation’s largest carrier is actively pushing customers to buy Android phones, and not the iPhone 4S, according to a new report by CNNMoney. Just 17 months after Apple agreed to let Verizon sell the iPhone for the first time, and seven months after the iPhone 4S arrived, the love affair between carrier and smartphone maker seems to be waning. At the very least, the relationship seems temporarily frayed. According to the report, Verizon representatives are actively encourage customers to buy new smartphones that support 4G. In other words, not the iPhone 4S/4. As part of a test, CNNMoney’s David Golden contacted Verizon representatives in New York stores, on the phone, and in online chat sessions, about his options for a new smartphone. In each case, the representative pushed 4G-capable phones running Google’s Android software.

Most didn’t just push 4G devices, but actually complained about the iPhone. Most concluded that Apple’s handset “was an inferior alternative because it only runs on the company’s slower 3G network.” When Golden specifically mentioned that he was thinking about purchasing an iPhone, no one from Verizon tried to talk him out of it. However, he did get some interesting responses including:

"The iPhone is a great phone, but it's on 3G. I'm not going to recommend a phone that's outdated." "Don't get me wrong, the iPhone is a great phone. It just costs the company a lot of money for returns when customers find out that a faster 4G network is available and the iPhone's only on 3G." "If that's what you want, absolutely we'll order it. But my recommendation is 4G. I'd want the fastest, best technology that's not going to be outdated when I buy it."

What's Verizon up to?

While we understand that pushing the “next big thing” may sound great in the short-term, Verizon’s tactics as a whole could cause them some problems later this year. For one, connection speed isn’t the only factor one should look at when making a smartphone purchase. For example, reliability, choice of apps, and the quality of the handset is also important. In addition, 4G isn’t available everywhere, which many consumers might not understand. Verizon’s push against the iPhone could also be tied to two additional factors, including the heftier up-front subsidies for the iPhone they must pay, and the company’s attempt to ease congestion on their 3G network. Furthermore, though the iPhone 4S is seven months old, calling it “outdated” and “inferior” seems to be pushing the point just a bit too far. And finally, is Verizon wise to discount Apple, especially given that a new iPhone is likely to arrive sometime soon? We think not. Perhaps the real reason Verizon is pushing Android-based products has to do with their current bottom line. In the previous quarter, Verizon’s iPhone sales were off 24 percent year-over-year. AT&T, meanwhile, reported that their iPhone sales jumped 20 percent over the same period. In the last quarter, Verizon sold 3.2 million iPhones versus AT&T’s 4.3 million. Could it be, Verizon has figured out they've lost the iPhone war against AT&T? Speaking of AT&T, CNNMoney heard an entirely different story from the nation’s second largest carrier. Despite paying the same subsidies for the iPhone that Verizon pays, AT&T remains quite comfortable pushing an "inferior" product.

"It's all about the 4S now," one AT&T rep said over the phone, unprovoked. "The iPhone is the most popular phone, you know what you're getting, and it's a status symbol you can't get anywhere else."

Have you noticed Verizon is pushing Android-based devices over the iPhone? What are your thoughts about this? 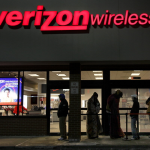 Verizon Representatives Actively Dissing Apple, iPhone? What Happened To The Love?
Nothing found :(
Try something else