You are using an outdated browser. Please upgrade your browser to improve your experience.
by Bryan M. Wolfe
June 20, 2012
Apple’s exclusivity agreement with Liquidmetal Technologies has been extended for another two years. This means the Cupertino, California-based company remains the only technology provider that can use the special alloy in their products, according to Starinfra.net. According to a form submitted by Liquidmetal to the SEC, Apple’s agreement now runs through February 4, 2014. Previously, the agreement was to have expired earlier this year. Apple paid Liquidmetal $20 million for the exclusive rights. In April, we reported that Apple might use the super-durable Liquidmetal alloy in the next generation iPhone. Since then, some suggested this couldn’t happen for another three years because “no suitable manufacturing infrastructure” exists that could produce the material in the large quantities Apple would require. Currently, Apple has only used the Liquidmetal alloy in an iPhone SIM card ejector tool. It will be interesting to see what today’s news eventually means. Either Apple plans on using Liquidmetal in a future iPhone/iPod touch or iPad, or they are using this extension to keep the material out of the hands of competitors. Personally, I hope it is the former. Here's the agreement:  Liquidmetal Technologies SEC Filing Would Apple be wise to use this new metal on the new iPhone, or should they stick with glass? Source: Starinfra.net 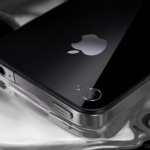 Apple Gets Two More Years Of Liquidmetal Exclusivity
Nothing found :(
Try something else