You are using an outdated browser. Please upgrade your browser to improve your experience.
by Aldrin Calimlim
June 23, 2012
When a game's App Store description contains a ringing endorsement from renowned director David Lynch, it just has to be good. Fortunately, such is the case with the newly released game Band Together. "Band Together is a fantastic game to play," says Lynch. "It is super cool. People are going to love it!" But what exactly is Band Together? Band Together is a gorgeous game featuring cute, little creatures called Bandies. They're called Bandies because, well, they band together. The game employs a Lemmings-like gameplay, prompting you to guide the Bandies to safety across various scenarios. As the story goes, a schoolboy named Midge found the Bandies in a shoebox. Midge has since been experimenting with them by constructing different cardboard dioramas. Most of these dioramas are equipped with dangerous devices that the Bandies must bypass on their way to their goal: the exit. If you can't see the video embedded above, please click here. Naturally, it's your job to make sure that the Bandies remain unscathed through each single-screen platform puzzle of the game. Watch out for Midge's crazy contraptions, especially the terrifyingly named Thumbtack Death Machine! Band Together is available now in the App Store for $4.99. Note that the game is compatible with iPad 2 and third-generation iPad only. Band Together was created by three game design students who banded together over their summer break. They were aided by two industry veterans, Dave Taylor and John Chalfant of Doom and Warcraft 3 fame, respectively. Small wonder, then, that the game turned out to be, in Lynch's words, "super cool." 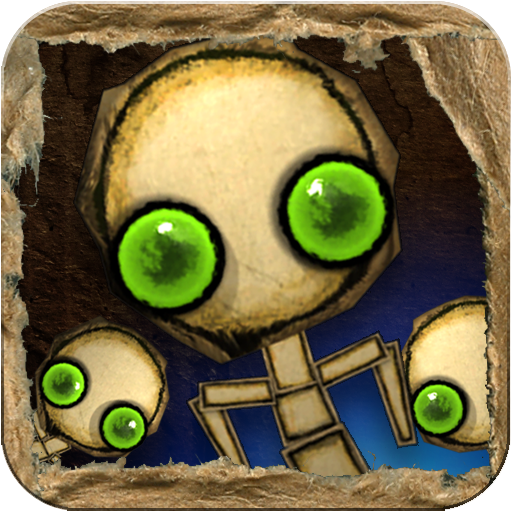 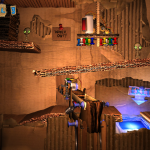 Platformer And Puzzler Elements Band Together For New Game Called Band Together
Nothing found :(
Try something else