You are using an outdated browser. Please upgrade your browser to improve your experience.
by Aldrin Calimlim
June 17, 2012
The excellent read-later app Pocket has once again received an update. It's a small update, I admit, but it's one that bears at least a couple of improvements I find quite useful. Since Read It Later got rebranded into Pocket last April, I've been using it alongside Readability for my article bookmarking needs. While Readability has been my go-to app for handling long-form posts, Pocket has been my choice for shorter ones, which I happen to save for work-related use. The articles I send to my Pocket reading list, though, aren't usually so short as to not trigger the app's page flipping mode. Further, they're not so short as to not necessitate the app's dark theme when I'm reading at night with the lights out. This is why I think the small changes brought by the latest Pocket update concerning its page flipping and dark theme are still of consequence. As shown in the screenshots below, toggling the aforementioned reading modes is now possible within the app's options menu. Prior to the update, page flipping is enabled as soon as you swipe right or left on an article and then disabled with a vertical swipe. Now, you can disable it totally so that stray horizontal swipes wouldn't accidentally trigger it and disrupt your reading in the more fluid scroll mode. Dark theme can now also be switched on or off outside article view. But unlike page flipping, it can still be enabled while reading an article after disabling it in the options menu. This makes sense since it's not gesture-driven in the first place. In addition to the new reading mode toggle switches, the following improvements are provided by the update: Pocket for iPhone and iPad is available in the App Store for free. Do you also use Pocket to pocket stuff from the Web? How often, if at all, do you use its page flipping mode and dark theme? 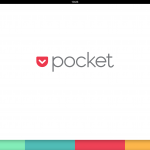 Pocket Gets Updated With Improved Reading Options And A Handful Of Fixes
Nothing found :(
Try something else