You are using an outdated browser. Please upgrade your browser to improve your experience.
by Joe White
June 15, 2012
A new report from DigiTimes - the trade publication that, we should note, isn't always accurate in its statements and predictions - has announced that chip suppliers are readying stock for the sixth-generation iPhone, which is said to become available this fall. The report notes that:

Chip vendors including Qualcomm, Broadcom, STMicroelectronics, NXP, Texas Instruments and OmniVision reportedly have started stocking their solutions used for Apple’s next-generation iPhone slated to hit the market in the second half of 2012, according to industry sources.

It is claimed that Qualcomm will be supplying 4G chips, while Wi-Fi chips are purportedly being supplied by Broadcom. Back in March, we learned that Apple's third-generation "new iPad" would support 4G LTE, and since most of us have been expecting the sixth-gen iPhone to follow suit. It's no surprise that DigiTimes' report claims that 4G chips are to be produced for the iPhone 5 (or "new iPhone," if Apple's iPad name-trend carries over), though the manufacturer of these chips obviously remains to be seen. A further question, of course, involves the very real possibility that 4G networks outside of the U.S. will not be supported by the new, 4G-enabled iPhone handset. Besides 4G LTE, the sixth-generation iPhone is said to feature a modified design, a bigger screen and improved specifications. For an appealing mock-up based on leaked parts and designs, take a look at this article. If any more news hits the Web regarding the sixth-gen iPhone, we'll be sure to let you know. Source: DigiTimes Via: iDownloadBlog 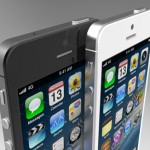 The Hit-Miss DigiTimes Claims Chip Suppliers Are Readying Stock For Sixth-Gen iPhone
Nothing found :(
Try something else