You are using an outdated browser. Please upgrade your browser to improve your experience.
by Joe White
July 6, 2012
If you're rocking iOS 6 beta and hope to play around with Passbook before Apple switches the service on, consider heading over to PassK.it on your iDevice, and installing a sample Passbook-pass there. Already, we've told you about a similar website - PassSource - that allows users to add sample, "dummy" Passbook-passes to the Passbook app in iOS 6. This website works well, but PassK.it is even easier to use, allowing users to add dummy passes to the application quickly and easily. Furthermore, the creator of PassK.it has noted that support for push notifications will launch in the next couple of days, which will presumably have the potential to further expand the beta Passbook application. At the very least, if you're wanting to see how Apple's Passbook app and service will eventually look once iOS 6 launches, head on over to PassK.it on your iOS 6-powered iDevice, and download a couple of sample passes now! Thanks to Paul for emailing us the information. 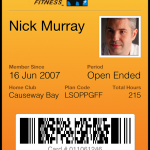 Another Passbook Sample-Creator Website Launches
Nothing found :(
Try something else