You are using an outdated browser. Please upgrade your browser to improve your experience.
by Bryan M. Wolfe
July 27, 2012
Two days after it arrived in the Mac App Store, OS X Mountain Lion is off to a fast start. In 48 hours, customers have downloaded Apple’s latest operating system for Mac 2.11 million times, according to the Web tracking firm Chitika. Priced at $19.99, Mountain Lion already accounts for more than 3 percent of all Mac Web traffic. Assuming that 90 percent of Mountain Lion users paid for the update, Apple likely generated $38 million in revenues in two days. 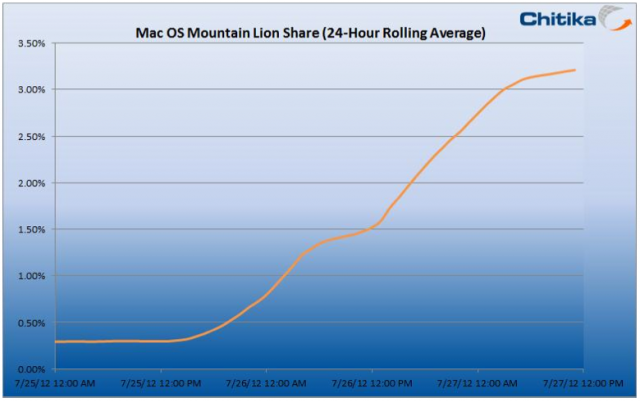 Like OS X Lion before it, Mountain Lion is available exclusively through a digital download. The update includes a number of features brought over from iOS, including support for iMessage, a notification center, Twitter integration, and more. For more of AppAdvice's coverage of Mountain Lion, click here. For purchasing information, visit the Mac App Store. Are you already using Mountain Lion, or are you waiting until later to purchase it? Source: Chitika Via: AllThingsD 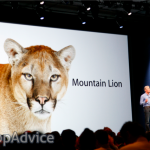