You are using an outdated browser. Please upgrade your browser to improve your experience.
by Bryan M. Wolfe
July 17, 2012
For customers excited about using FaceTime over a cellular connection in iOS 6, we’ve got some lousy, but probably not surprising, news for you. AT&T could be set to control and charge customers for the new service, according to 9to5Mac. FaceTime, the video-calling feature that Apple first unveiled for iOS in 2010, had previously worked only with a Wi-Fi connection. However, with iOS 6, the service is expected to expand to cellular as well. When it does, those iDevice customers using the service by this method will naturally use more data. For AT&T customers anyway, that data could cost extra. As it does with the iOS Personal Hotspot feature, AT&T seems likely to charge an extra monthly fee for those customers that want to use the FaceTime over cellular service. At least this is what we can surmise thanks to a new message uncovered in iOS 6 Beta 3. After resetting network settings on an AT&T iPhone powered by the latest beta, you’ll see the following message when attempting to activate FaceTime over cellular. Currently, AT&T charges upwards of $50 per month for the iOS Personal Hotspot feature. While AT&T has yet to announce FaceTime for cellular pricing, or even admit there will be an extra charge, they did provide this comment:

We’re working closely with Apple on the new developer build of iOS6 and we’ll share more information with our customers as it becomes available.

It should be noted that, at least in the latest iOS beta, Verizon customers are not getting this message. Still, we wouldn't be surprised to see numerous carriers charging for the FaceTime over cellular service when it arrives later this year. We’ll certainly provide you with more information about this news when it becomes available. In the meantime, what would you be willing to pay to use the FaceTime over a cellular connection? Personally, I'd say absolutely nothing. Source: 9to5Mac 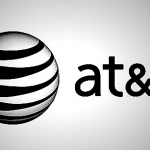 AT&T Could Soon Soak Customers With Another Extra iOS Fee

AT&T Could Soon Soak Customers With Another Extra iOS Fee
Nothing found :(
Try something else