You are using an outdated browser. Please upgrade your browser to improve your experience.
by Brent Dirks
July 18, 2012
At least something good is coming from the ongoing patent battle between Apple and Samsung. Network World has uncovered some unique photos of a very early iPad prototype that was built in the early 2000s. The information, originally under seal but recently released as part of the legal proceedings, details a deposition given by Apple’s Senior Vice President of Industrial Design Jonny Ive in late 2011. During the course of the deposition, Ive is shown pictures of a mockup referred to as 035. He was then asked when he first saw the prototype.

My recollection of first seeing it is very hazy, but it was, I'm guessing, sometime between 2002 and 2004, some but it was I remember seeing this and perhaps models similar to this when we were first exploring tablet designs that ultimately became the iPad.

While it’s fun to see the first visions of what became the iPad, it’s also interesting to see how the design and usability has evolved. The prototype looks massively thick and not fun to carry. I agree with Network World in that the design does look like a tablet-sized iPod of the day. Also, as this picture shows, the mockup also seems to be missing the ubiquitous home button that has marked each iOS device since the iPhone was introduced in 2007. But there are some familiar parts of the prototype - including what appears to be a dock connector. 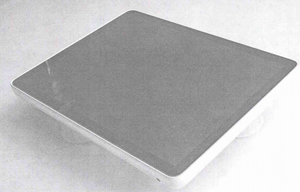 But, hey, at least they’ve still got the Apple logo on the back. Even so, this guy looks a little confused handling the prototype. 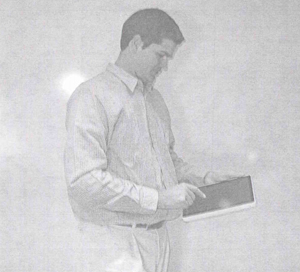 I’m glad Apple took its time, and came back to the tablet form after designing the iPhone. Source: Network World 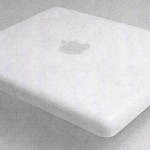 Court Documents Give Interesting Look At Early iPad Prototype
Nothing found :(
Try something else