You are using an outdated browser. Please upgrade your browser to improve your experience.
by Joe White
July 25, 2012
It's been a while, but Ryan Petrich's (@rpetrich) LiveClock jailbreak tweak is finally compatible with iOS 5.x.x-powered iDevices. For some time now, the popular tweak has been incompatible with jailbroken iDevices running iOS 5.0.0 or above. However, thanks to an update for the free jailbreak tweak which appeared recently in the Cydia Store, Petrich's popular Clock app-enhancing package is now compatible with jailbroken iDevices running both iOS 5.0 and iOS 5.1. If you're not familiar with LiveClock, this clever tweak adds live animations to the built-in Clock app. This means that the hands on the application will indicate the actual time, once Ryan Petrich's jailbreak tweak has been downloaded and installed. Currently, LiveClock is available for free in the Cydia Store. Just make sure you've added Ryan Petrich's repository - http://rpetri.ch/repo/ - to your list of sources in the Cydia app. Enjoy! (If you can't see the above video, please click here.) 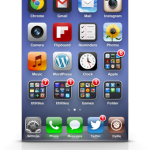 LiveClock Jailbreak Tweak Updated For iOS 5: Get Live Animations For The Clock App

LiveClock Jailbreak Tweak Updated For iOS 5: Get Live Animations For The Clock App
Nothing found :(
Try something else