You are using an outdated browser. Please upgrade your browser to improve your experience.
by Bryan M. Wolfe
July 9, 2012
The official Twitter app for iOS is expected to receive a significant update. The major update for the popular app could arrive in the “coming days,” according to 9to5Mac. First released in October 2009, the universal Twitter app was last revised in April, when it received a new design and other changes for the social network’s Discover feature. Twitter Version 4.3 includes a number of new features, including those focused on interactivity, enhanced notifications, and more. These include: We’ll let you know when the next version of Twitter for iOS arrives. In the meantime, the current version is available for download in the App Store. Also be sure to check out our list of the Best Twitter Clients for iPhone. Our September report, Five Features to Make Twitter Apps Even Better, is also relevant. Which Twitter app do you use? Source: 9to5Mac 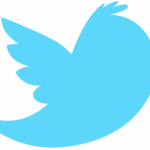 Official Twitter App Update Expected To Fly Into App Store In 'Coming Days'
Nothing found :(
Try something else