You are using an outdated browser. Please upgrade your browser to improve your experience.
by Lory Gil
July 6, 2012

Heroes in Time (Free) by Chillingo Ltd is an adventure quest role-playing game (RPG) for those looking for a bit of nostalgia. If you ever sat around for hours playing the classic Legend of Zelda on your Gameboy, you’ll know what this is all about. 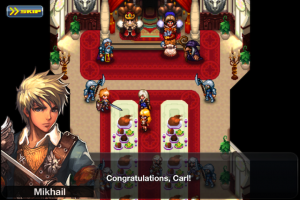 Since Nintendo still hasn’t changed its mind about giving up the Zelda ghost to iOS, we need some way to satiate our hunger for quest-heavy adventure games. Heroes in Time is pretty darn close to the classic. You won’t be breaking open clay pots or pulling up weeds, but this platform pixilated tale will bring back memories of sweaty-palmed handheld gaming in the backseat of the car while mom and dad drag you off to some stupid theme park.

The game starts with a very, very long story sequence. I sat through the whole thing and it wasn’t pivotal to the game play. If you enjoy delving deep into story lines, it will explain why the hero is called wolf-boy and other bits of information. However, if you don’t really care about backstory, I suggest skipping to the part where you get to start going on quests. I almost gave up on the game because the story sequence was so long.

When you finally get to the part in the game where you are sent out of the palace to begin your adventure, you will come across random quest givers who will ask you to complete smaller tasks. For example, there is an old man that wants to forge a special sword and you are tasked with finding the blacksmith and having him combine items to create it.

The main quests are much more epic and are updated as your story unfolds. You may be tasked to kill 20 rebel Ku, but once you defeat them, you must find your brother who has been kidnapped by the enemy. Every main quest you complete will start a new one.

Players pick up loot when they kill an enemy. Items range from junk that can be sold in the junk shop to rare items that even have gem sockets to make them more powerful. There is a lot of attention paid to item collecting that will make any RPG gamer giddy.

The movement controls of this game are a bit awkward. Players move the character around with a virtual joystick, but the controller is very sensitive and you’ll find yourself walking in the wrong direction a lot.

The user interface is also lacking. It took me a while to realize that tapping the character’s icon at the top-left of the screen gives access to quests, items, and other equipment. It doesn’t affect gameplay in the slightest, but it is good to know how to find things that your adventurer is carrying.

This isn’t the first time a classic-looking RPG has hit the App Store. Mage Gauntlet is actually even more like Zelda in that you can actually destroy things in the environment. However, Heroes in Time is free. You don’t have to spend a dime to play the game. You do, however, have to spend a few dimes if you want to use the warp gate or buy points. Neither is necessary to play the game. They just make it more convenient.

This new take on a classic RPG game is well worth the download. If you are a fan of quest-heavy adventure games, this will have your right back in the car on a hot summer day, trying to keep your brother from stealing your Gameboy as you fight monsters and save the kingdom. 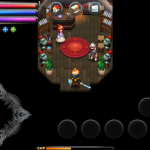 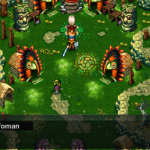 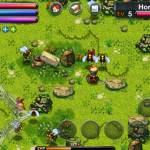 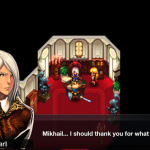 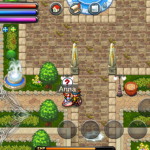 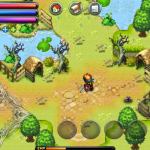 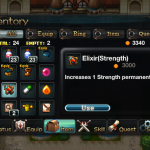 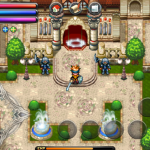 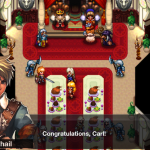 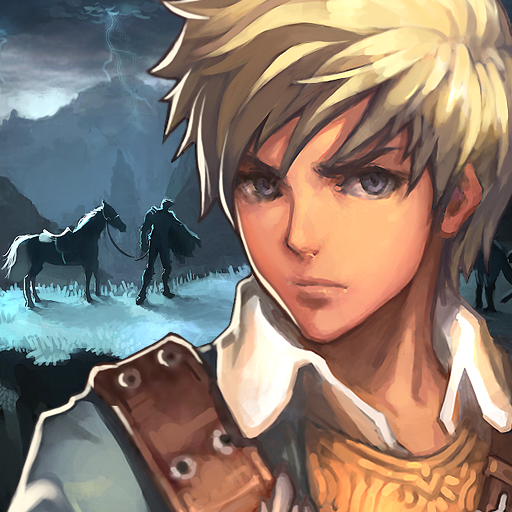 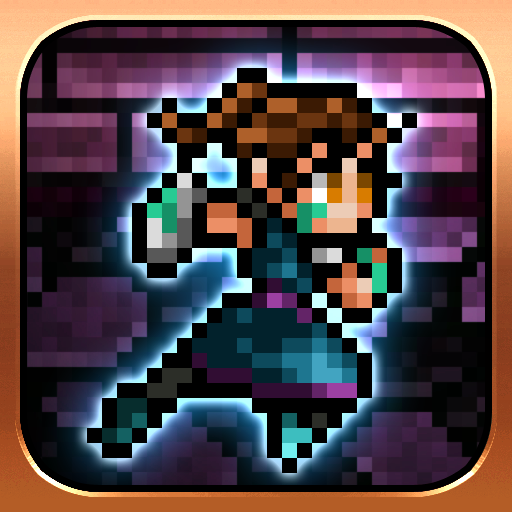 Heroes In Time Will Take You Down a 16-Bit Path Of Adventure
Nothing found :(
Try something else