You are using an outdated browser. Please upgrade your browser to improve your experience.
by Brent Dirks
July 24, 2012
Guided by strong iPad sales, Apple just announced quarterly revenue of $35.0 billion and a net profit of $8.8 billion. Apple sold 17 million iPads in its fiscal Q3 2012, which ran from April 1 to June 30. That is an 84 percent increase from the same period last year and an all-time record for any quarter. For comparison, Apple sold 11.8 million tablets in the first three months of 2012. The iPad is sold in 97 countries. More than 1 million iPads were sold in the U.S. education market during the quarter. There were more than twice the amount of iPads sold in the U.S. education market compared to Macs. In the App Store, there are more than 650,000 apps with 250,000 designed specifically for the iPad. On the always profitable iPhone side, Apple sold 26 million handsets, a 28 percent unit growth over the same quarter last year. There are now more than 250 carriers in more than 100 countries that offer the iPhone. Four million Macs were sold in the quarter, which was a 2 percent increase from Q3 2011. Not surprisingly, iPod sales continued to fall as 6.8 million were sold in the quarter, a 10 percent drop from the 2011 time frame. The iPod touch accounted for more than half of the iPods sold. The iTunes Store garnered revenue of $1.8 billion. Apple also announced that the next version of OS X, Mountain Lion, will be officially on sale tomorrow in the Mac App Store for $20. Apple's retail stores earned $4.1 billion in revenue during the quarter, a 17 percent increase compared to a year ago. The increase was largely attributed to strong iPad and Mac sales. “We’re thrilled with record sales of 17 million iPads in the June quarter,” said Tim Cook, Apple’s CEO. “We’ve also just updated the entire MacBook line, will release Mountain Lion tomorrow and will be launching iOS 6 this Fall. We are also really looking forward to the amazing new products we’ve got in the pipeline.” 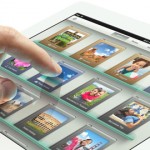 Record iPad Sales Guide Another Massive Quarter For Apple
Nothing found :(
Try something else