You are using an outdated browser. Please upgrade your browser to improve your experience.
by Bryan M. Wolfe
August 28, 2012
Want further proof that Google is all too happy that Apple killed off the native YouTube app for iOS? Check out the new YouTube update that recently arrived for Xbox, according to AllThingsD. The update, which is live for Xbox customers, came with a press release that includes the following paragraph:

Today we updated the YouTube app on Xbox, making it up to 5X faster and adding channels with official music videos. Xbox is the latest game console app bringing a full YouTube experience, following the launch this month of our PS3 app. With this new app, viewers have an improved YouTube experience, and YouTube creators have a better platform to build audiences for their channels.

As the report rightly suggests, you need to reread the release using this decoder:

Earlier this month, I suggested that Google was happy to see the end of the native YouTube app in iOS 6. The reason? The death of the native app means that Google, and not Apple, will now control YouTube on iOS devices. By doing so, Google will now be able to implement their “TrueView” ads on all devices, and not just those running Android. Don’t be surprised to see the changes implemented on Xbox to arrive soon on iOS devices, by way of a new, and ad-supported YouTube app. Source: AllThingsD 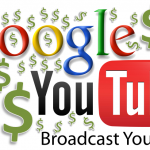 Ad-Supported YouTube App Could Arrive On iOS Devices Soon
Nothing found :(
Try something else