You are using an outdated browser. Please upgrade your browser to improve your experience.
by Bryan M. Wolfe
August 22, 2012
When Apple announced that Google Maps would no longer be used in their native Maps app in iOS 6, Google didn’t complain. Instead, they quickly introduced an advanced Maps program for non-iOS devices that includes 3-D. Later, when Apple killed off the native YouTube app, the folks in Mountain View again didn’t complain. Instead, they seem to be rejoicing, according to AllThingsD. Before Google created Android, the company was best known for their mobile advertising. In fact, a January survey said that 96 percent of their revenues came from advertising. Knowing this, it should come as no surprise that Google couldn't care less that Apple has said goodbye to the YouTube app, which has come preinstalled on every iOS device since 2007. The reason? The death of the native app means that Google, and not Apple, will now control YouTube on iOS devices. By doing so, Google will now be able to implement their “TrueView” ads on all devices, and not just those running Android. When Google releases their own YouTube app for iOS, it will include these premium “instream” ad units that they have used via their YouTube website since 2010. These ads are placed inside of videos and are only played when consumers click on them. As such, they are much more profitable to Google than more traditional mobile ads. As of now, Google hasn’t been allowed to implement these ads on iOS devices, because Apple, through the native YouTube app, doesn’t allow them. However, once iOS 6 debuts next month, it will be a new game. In other words, iOS customers will soon help grow Google’s revenue stream. Besides, the move is also a win-win for Apple too, as I suggested earlier this month. Source: AllThingsD 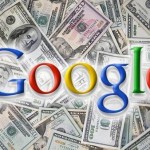 Google Couldn't Care Le$$ That Apple Killed The Native YouTube App
Nothing found :(
Try something else