You are using an outdated browser. Please upgrade your browser to improve your experience.
by A.T. Faust III
August 12, 2012
This whole Apple vs. Samsung thing didn't have to happen in a court room. Over two years ago, in fact, Apple -- now the plaintiff in one of the highest-profile patent cases ever -- offered the Korean company a royalty-based license program for its various (allegedly) infringing wares. Even as Apple historically shies away from licensing out any part of its "non-essentials" patent portfolio, the iPhone and iPad maker made an exception. According to AllThingsD, the two companies met in 2010 after Samsung launched its iPhone-esque Galaxy S handset, and Apple opened discussions thus:

Samsung chose to embrace and imitate Apple’s iPhone archetype. Apple would have preferred that Samsung request a license to do this in advance. Because Samsung is a strategic supplier to Apple, we are prepared to offer a royalty-bearing license for this category of device.

The price Apple proposed would have cost Samsung $30 per smartphone and $40 per tablet, well under current estimates of what the software patents in question are actually worth. Apple even offered to give Samsung a 20-percent discount should the rival manufacturer enter into a cross-licensing agreement. Unsurprisingly, Samsung thought the proposed value of Apple's portfolio was unrealistic, and further negotiations were abandoned. Here's the kicker: If Samsung had simply played ball, it would've only cost them around $554 million (at a rate of roughly $250 million per year). That's a big chunk of change to be sure, but when you consider that Samsung made $5.9 billion in profits last quarter alone, said premium seems much more affordable. Indeed, for about $63 million per quarter (or 1.05 percent of its quarterly haul), all this unpleasantness could've been avoided. Instead, Samsung's being sued for $2.5 billion. And they're probably going to lose. Source: AllThingsD, Ars Technica Via: iDownloadBlog 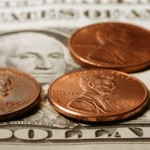 Apple Tried To License Its Patents To Samsung In 2010

Apple Tried To License Its Patents To Samsung In 2010
Nothing found :(
Try something else