You are using an outdated browser. Please upgrade your browser to improve your experience.
by Dom Esposito
August 17, 2012
Don’t worry, the world isn't ending, but you did read that title correctly. Apple may be in a vigorous courtroom battle with Samsung, and completely against everything Google, but that isn’t stopping them from creating an unstoppable patent buying super force together. The Wall Street Journal is reporting that these three competitors may join forces to buyout Kodak’s massive digital imaging patents. The plan is to obtain them all for a price significantly less than Kodak is asking for. The Wall Street Journal has the story:

The bidding group brings together a raft of strange bedfellows. It includes Apple Inc. and Google Inc., fierce competitors in the global smartphone market. It also includes Intellectual Ventures Management LLC, which buys up patents to seek licensing revenue and increasingly sue other companies for infringement, and RPX Corp., which buys patents to keep them from being used against its members in suits. People familiar with the matter said the consortium bidding on Kodak's patents also includes Samsung Electronics Co., LG Electronics Inc. and HTC Corp., all companies building smartphones based on Google software.

According to the report, the trio is seeking to purchase the patent portfolio for “more than $500 million.” This amount is above opening bids but well below Kodak’s asking price of between $2.2 and $2.6 billion. The goal is to purchase these patents and keep them out of the hands of a single company. A purchase like this could invoke antitrust regulators to get involved, but the technology trio is still on the move to purchase the giant patent library. Kodak is dealing with some major bankruptcy issues at the moment. The sale of their digital imaging patents will help put them in a better place, but so far things aren't looking so good. Owning a massive patent library like Kodak’s would be beneficial for everyone involved. A lot of these patents could definitely shape the way we use smartphones for mobile photography in the future, which ironically, is what probably put Kodak in such a financial mess in the first place. Everyone uses their smartphone to take pictures now. Take a picture, Kodak. The irony will last longer. Source: The Wall Street Journal Via: MacRumors Image: Cult of Mac 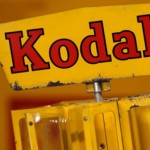 Are We Living In An Alternate Universe? Apple, Google And Samsung Team Up

Are We Living In An Alternate Universe? Apple, Google And Samsung Team Up
Nothing found :(
Try something else