You are using an outdated browser. Please upgrade your browser to improve your experience.
by Brent Dirks
August 2, 2012
The story of P0sixninja leaving the Chronic-Dev Team of jailbreakers has just taken an interesting turn. According to iJalibreak, the hacker formerly known as Joshua Hill apparently sold an iOS 6 jailbreak and an iPhone 4 to an Apple employee for the massive sum of $50. And it wasn’t just any run-of-the-mill exploit. It could have possibly been used to jailbreak all devices running iOS 6, like the upcoming next-generation iPhone and Apple TV, untethered. For those of you not aware of the terminology, an untethered exploit would allow a user to reboot their iOS device and keep the jailbreak without having to reattach to a computer. The exploit, named iBoot 0day, was apparently sold off by P0sixninja according to the pictured series of tweets. 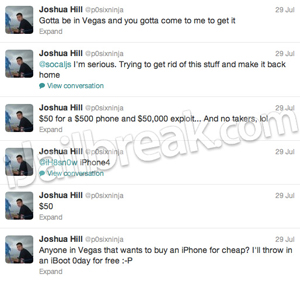 A man named James Magahern was the lucky buyer. But there was one small problem – his employer. Magahern is a programmer for Apple, a fact he apparently hid when purchasing the exploit. And this spells bad news for iBoot 0day ever seeing the light of day as all it takes to fix the issue is a simple iOS 6 patch before the operating system is officially released sometime this fall. Not surprisingly, the jailbreak community is less than amused with P0sixninja as it will probably take even that much longer to come up with a new jailbreak for the OS. The Chronic-Dev Team made a name for itself with the creation of jailbreaking tools like greenpois0n and Absinthe. When announcing his departure from the team, P0sixninja said it was “never about money.” But maybe he should have checked a little closer to see who he was selling the powerful exploit to for a paltry sum. Source: iJailbreak Via: Jailbreak Legend 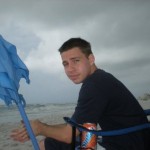