You are using an outdated browser. Please upgrade your browser to improve your experience.
by Brent Dirks
August 9, 2012
Add yet another title to the iOS crown. Recent numbers suggest that the mobile operating system is the world’s most popular platform for playing games, according to Ars Technica. Market analyst firm Asymco recently crunched the data and found by just tallying the number of Game Center users (130 million as mentioned at the WWDC 2012 keynote), iOS would rank as the third-most popular gaming platform of all time. The previous-generation Nintendo DS and Playstation 2 have both sold around 150 million units each. For comparison, the next most popular platform of this generation would be the Nintendo Wii with a little under 100 million units sold. But with the current sales numbers of iOS devices, Asymco said that Game Center will easily reach 150 million accounts by September and could reach the  200 million mark by the end of the year. Game Center first made its appearance in September 2010 with the release of iOS 4. Considering that OpenFeint announced it had more than 180 million accounts last year, that easily puts iOS into the top spot, breezing past the Nintendo DS. And with the fact that a large number of games available for download in the App Store don’t even require the use of Game Center, the actual number of iOS gamers could easily be much higher. All total, more than 400 million iOS devices have been sold since the introduction of the iPhone in 2007. Source: Ars Technica 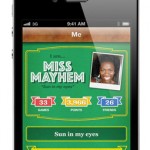 Game On: iOS May Easily Be The Most Popular Gaming Platform Of All Time

Game On: iOS May Easily Be The Most Popular Gaming Platform Of All Time
Nothing found :(
Try something else