You are using an outdated browser. Please upgrade your browser to improve your experience.
by Casey Tschida
August 5, 2012
Announced in February, the Pong Indie Developer Challenge was an open call for independent software developers to prove if they had what it takes to reinvent a decades old classic. However, this isn't about just any longstanding title, it was about Pong, the game that started it all. Now we discover what the official next generation of Pong could be, and one that's headed to iOS. Developers had a short time to "reimagine Atari’s classic Pong" and submit their ideas as an iOS game. The reward would be recognition, obviously, and up to $100,000 in prize money along with the possibility of a three year revenue sharing contract if their game is chosen to be published to the App Store later this year. Without further delay, here are the gold, silver, and bronze medalists of the Pong Indie Developer Challenge.

We have Eppy Games being awarded $15,000 in cash for their submission of Fong.

We have Madruse being awarded $37,500 in cash for their submission of Pong Tournament.

We have zGames being awarded $50,000 in cash for their submission of Pong World. So, do you agree with Atari's rankings? Personally, all three games have potential, but I'll wait to voice a specific opinion. Anyway, as a reminder, you can play the original, that is, 1972 version of Pong within Atari's Greatest Hits app. 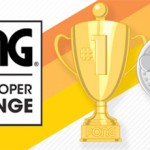 Pong Indie Developer Challenge Winners Show How To Bring A Legendary Classic Into The New Age
Nothing found :(
Try something else