You are using an outdated browser. Please upgrade your browser to improve your experience.
by Bryan M. Wolfe
August 13, 2012
Preorders for the sixth-generation iPhone will begin in the U.S. on Wednesday, Sept. 12, which is the same day Apple is expected to reveal their new handset. This news comes from iMore, the first site to report the date of Apple’s upcoming fall event. According to the report, the next iPhone will be released to the public in the U.S. on Friday, Sept. 21, with international sales beginning two weeks later, on Friday, Oct. 5. Keep in mind, these dates are just rumors. However, if Apple were to announce Sept. 12 as the date of their next press event, the release dates mentioned above sound about right. Last year, the iPhone 4S was released in the U.S. on Oct. 14, which was 10 days after Apple unveiled the handset on Oct. 4. It also debuted in Australia, Canada, France, Germany, Japan, and the United Kingdom on that date. On Oct. 28, 2011, the fifth-generation handset arrived in 22 additional countries including Austria, Italy, and Switzerland. The time between Sept. 12 and Sept. 21 is nine days. This most recent report makes no mention of when the next iPhone will launch in countries other than the U.S. However, it should be noted that the United States, France, Germany, Japan, and the United Kingdom have typically been among the first countries to receive new iPhones going back to the iPhone 4 release in 2010. So, how will you be buying your next iPhone, online, or standing in line? Source: iMore Photos: iPhone mockups, MacRumors 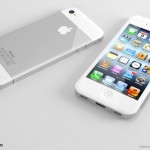 Preorders For New iPhone Could Begin Sept. 12
Nothing found :(
Try something else