You are using an outdated browser. Please upgrade your browser to improve your experience.
by Bryan M. Wolfe
August 9, 2012

Cupertino’s fall event will almost certainly be held on Wednesday, Sept. 12, according to three previously cited sources. We now have further proof that this is, in fact, the day Apple will unveil the next iPhone, iOS 6, and other new products.

The Yerba Buena Center for the Arts has no public functions scheduled from Monday, Sept. 10 through Wednesday, Sept. 12, according to their online calendar. Coincidence? We think not.

Apple has often used the San Francisco arts center for the launch of new products including iPods and the iPad. In March, for example, the venue was used by Apple to unveil the new iPad. In September 2010, Yerba was the site of the company’s “special event,” which saw the arrival of a new iPod touch, and iPod nano. Cupertino's 2009 "Let's Rock Event" was also held at the popular location.

On October 4, 2011, Apple decided to hold their fall event on the Cupertino campus. This was one day before Steve Jobs, the former Apple CEO, died.

Hopefully, Apple will soon make it official and announce that Sept. 12 is the day we’ve long been anticipating. In addition to the sixth-generation iPhone, Apple could use the event to announce an iPad mini, a revised new iPad, and more. 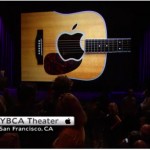 You Don't Need Tea Leaves To See That iPhone Day Is Sept. 12

You Don't Need Tea Leaves To See That iPhone Day Is Sept. 12
Nothing found :(
Try something else