You are using an outdated browser. Please upgrade your browser to improve your experience.
by Casey Tschida
August 7, 2012
Part of the world clock or nightstand weather apps sub-category, Living Earth HD's focus is on stunning visuals and basic weather information rather than displaying every detail imaginable in lists, tables, graphs, and icons. It's an idea that has been working well, however, Radiantlabs has shown that they're always working to improve the experience, such as an alarm, image capturing, and expanded weather reports. In the latest update, Living Earth HD v2.0, Radiantlabs once again delivers enhancements to a few different areas, most importantly, a new set of maps. Living Earth HD's realistic view of the planet from space, complete with live cloud cover, has been a unique way to depict weather conditions. Indeed, this 3-D weather map is has certainly been more beautiful than useful, but v2.0 is tipping the scale a bit with new weather maps. To utilize this new feature, just tap on the globe icon in the slightly revised features menu. The map choices consist of current and forecasted temperatures, wind speeds, and humidity levels. Each has a preview image and elegantly overtakes the planet when selected. Data can be updated with a simple pull and release from left to right. As a quick note, the features menu now automatically hides after a few moments of input inactivity on iPad for a cleaner appearance. On the iPhone, the menu is accessed by tapping on the bottom-left button and hidden when anything except a features menu item is tapped. Moving along, the second major feature of v2.0 is a tropical storm and hurricane activity monitor. Represented by the funnel cloud or twister symbol, the activity panel shows basic information for current tropical storms and hurricanes worldwide. The position of each storm will be shown after tapping on an entry. Wrapping things up, the final changes in Living Earth involve the alarm clock system and app load speed. Selectable within the settings area, the Opening Animation toggle disables or enables the zoom in towards Earth animation when the app is launched. Located within the Sound/Music section of the alarm preferences menu, a Shuffle toggle offers the pleasure of waking up to a random song from your music library. Living Earth HD is a universal app compatible with iPad, second generation iPad, third generation iPad, iPhone 3GS, iPhone 4, iPhone 4S, 32GB and 64GB third generation iPod touch, fourth generation iPod touch and newer running iOS 5.0 or later, and available in the App Store for $1.99. [gallery link="file" columns="4"] 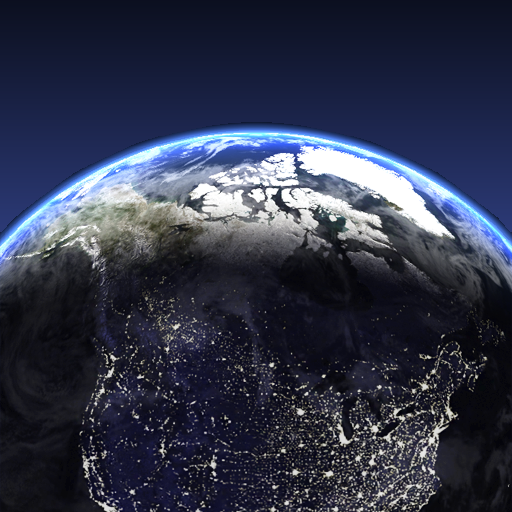 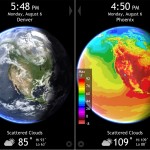 Radiantlabs Release Living Earth HD v2.0 Adding A New Degree Of Weather Depiction And More
Nothing found :(
Try something else