You are using an outdated browser. Please upgrade your browser to improve your experience.
by Bryan M. Wolfe
August 29, 2012
TiVo, Inc. hopes to change our television experience once again. The Alviso, Calif. company, best known for popularizing digital video recorders at the turn of the century, is now getting more involved in the mobile market. TiVo Stream, which will launch on Sept. 6, allows customers to stream content from their TiVo set top to up to four mobile devices in their home at high-definition quality, according to news first published by AllThingsD. The $130 TiVo Stream box, which will be available at TiVo.com, and in Best Buy stores, turns the iPhone/iPod touch and iPad into mini televisions. Using it, you’ll be able to scan the channel guide, select a show, and then watch it live. You can also use it to download content onto your iOS devices for later viewing, as well as view pre-recorded content. To use TiVo Stream, you must own one of TiVo’s Premiere models. You’ll also need to install the free TiVo Stream app onto your mobile device. The app has yet to debut in the App Store. As a long-time TiVo subscriber, Stream looks promising. As such, I can’t wait to get my hands on one soon. TiVo Stream’s arrival comes three months after it was first announced, and 20 months after TiVo's remote control app first arrived for iOS. 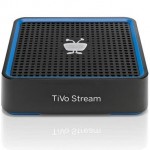 TiVo Stream Will Change Your Mobile TV Experience Sept. 6
Nothing found :(
Try something else