You are using an outdated browser. Please upgrade your browser to improve your experience.
by Bryan M. Wolfe
August 23, 2012
In less than three weeks, Apple will hold their long-anticipated fall event, and we will finally know what the next iPhone looks like. The company is also expected to unveil an iPad Mini for the first time at that event. However, International Business Times makes a strong case on why Apple should, and is likely to, release their smaller tablet later than the new iPhone. As any Apple customer and employee knows, when Cupertino launches a new device, retail stores get crowded. So busy, in fact, that Apple would be crazy to release both iOS devices on the same day. According to the report, Apple is likely to release the sixth-generation iPhone first for a number of reasons. For one, the iPhone is the “most sought-after, and it’s the one everyone’s been waiting for.” For another, the iPad Mini deserves its own attention. As they state correctly:

… but it if there's anything that's going to cast any kind of shadow over a new iPad, it's a new iPhone.

Most likely, and this is my opinion, Apple will launch the iPad Mini much closer to the holidays. That way, it will be the iOS device getting most of the attention during the all-important shopping season. Either that or Apple retail store employees will deserve hazardous duty pay. As a reminder, Apple's fall event should occur on Wednesday, Sept. 12. While we aren't sure when the iPad Mini will debut in stores, we do have an idea when to expect the next iPhone, in your country. Source: International Business Times 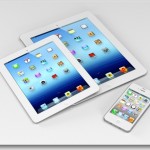 Why The iPad Mini’s Release Should Be Delayed

Why The iPad Mini’s Release Should Be Delayed
Nothing found :(
Try something else