You are using an outdated browser. Please upgrade your browser to improve your experience.
by Bryan M. Wolfe
August 21, 2012
Along with 109 pages of instructions, the jurors in the Apple v. Samsung case are being told not to accept software updates or install apps on the mobile gadgets that they will receive during deliberations. The rules, which were announced by U.S. District Court Judge Lucy Koh, were reported by PCWorld. Koh’s instructions, which are available here, state that jurors may use the mobile devices with the court’s Wi-Fi Internet connection to surf the Web. However, they “must not alter or modify the devices in any way.” Additionally, the judge stated that jurors are not allowed to insert SIM cards into the devices, if included with the packaging. The devices the jury are getting are the ones at issue in the case, as they are evidence. The jury in the Apple v. Samsung trial is expected to hear closing arguments soon, and begin deliberations as early as Aug. 22. The jury will determine whether Samsung infringed on any of Apple's patents, and if they did, what the penalty should be. The case, number 11-01846, is being heard in the U.S. District Court for the Northern District of California. Source: PCWorld 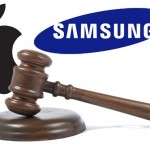 Jurors In The Apple V. Samsung Case Get To Play With Some Gadgets

Jurors In The Apple V. Samsung Case Get To Play With Some Gadgets
Nothing found :(
Try something else