You are using an outdated browser. Please upgrade your browser to improve your experience.
by Bryan M. Wolfe
July 30, 2012
In six weeks, students in the U.S. will be back in school, the NFL season will have begun, and Apple will unveil the sixth-generation iPhone. That last point comes from iMore, which says Apple’s next handset will be revealed on Wednesday, Sept. 12, and will be released nine days later. According to the report, Apple will use their fall event to also announce the first iPad mini and a new iPod nano. In making this news, iMore quotes "sources who have proven accurate in the past." A previous report stated a new iPod touch would also debut at the same event. Like two lesser known sites, PhoneArena and App4Phone, iMore states the iPhone will launch in U.S. stores on Friday, Sept. 21. Both these dates, which as a reminder are only rumors, sounds about right. After all, we've heard many times in the past few months that Apple would unveil the next iPhone in September. In 2011, Apple unveiled the iPhone 4S on Oct. 4 with preorders launching Oct. 7. It arrived in U.S. stores on Oct. 11. For an up-to-date list of iPhone rumors, be sure to check here. Also, be sure to check out our report, Did You Hear The Latest Apple Rumor? 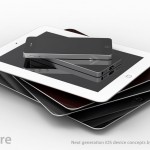 Apple's Fall Plans To Be Announced Sept. 12?
Nothing found :(
Try something else