You are using an outdated browser. Please upgrade your browser to improve your experience.
by Bryan M. Wolfe
September 27, 2012
With iOS 6, Apple created the so-called Apple Advertising Identifier, which replaced the company’s UDID for marketing purposes. However, it appears that the tool is not operational, according to TechCrunch. According to Trademob, the tool isn’t working on iOS devices whose users upgraded to iOS 6 using Wi-Fi. This issue doesn’t affect devices that were upgraded via iTunes or Xcode. The result is that advertisers are unable to monitor the success of mobile campaigns at the level of the individual user. As Trademob CEO Ravi Kamran explains:

The identifier is something that everybody was waiting for, and many were happy that it finally came. Many of the networks that we work with have already introduced a new SDK that takes the identifier from the publishers, so that it’s transmitted to the advertisers, and it’s actually very important that that work for the sake of the industry overall.

UDID, or an iOS device’s unique identifier, was once the tool advertisers used to learn customer patterns. After numerous UDID leaks in recent months, however, Apple replaced it with the advertising identifier, which is said to be more private and “non-personal and non-permanent in nature.” It also comes with an added advantage: customers can turn it off, by going into their Settlings app and tapping General > About > Advertising. So far, Apple has yet to respond to TechCrunch regarding their report. We’ll let you know when they do. Source: TechCrunch 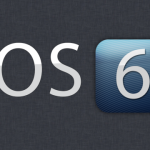 Apple’s New Advertising Tool And UDID Replacement In iOS 6 Not Working
Nothing found :(
Try something else