You are using an outdated browser. Please upgrade your browser to improve your experience.
by Brent Dirks
September 24, 2012
Verizon has confirmed to the Associated Press today that the iPhone 5 is being sold GSM unlocked and that it won’t prevent the handset from being used on other networks. Word of the feature first came to light on Friday as we reported on, but Verizon says it doesn’t plan on relocking the handset. And along with using the handset on other GSM carriers in the United States, this would allow international travelers to easily use a different carrier while overseas to possibly save a good deal of money. There are a few caveats, though. First, you must find a nano SIM from another carrier to use in the handset. That’s shouldn’t be difficult from AT&T, but T-Mobile isn’t planning on stocking nano SIMs until mid-October. Also, users would be unable to pick up LTE coverage on GSM carriers, and would have to be happy with the slower “4G” from AT&T and T-Mobile. The iPhone 5 is the first handset Verizon has sold that is completely unlocked. The first batches the iPhone 4S sold by Sprint last fall were also unlocked, but that feature was zapped by a software update. Sprint users must contact the company after three months of being in good standing to get their phones unlocked for international usage only. AT&T usually requires users complete their contracts before unlocking a phone. Source: Associated Press 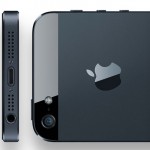 Verizon Confirms That It Won’t Relock The iPhone 5

Verizon Confirms That It Won’t Relock The iPhone 5
Nothing found :(
Try something else