You are using an outdated browser. Please upgrade your browser to improve your experience.
by Bryan M. Wolfe
September 26, 2012
Customers have something to tell Apple: they aren’t too impressed with iOS 6. A new survey of iPhone owners in the U.S. found that compared to iOS 5, those with iOS 6 are slightly less satisfied with their devices, according to TechCrunch. The On Device survey of 16,000 iPhone users is the first to see a drop of satisfaction between iOS releases. Accordingly, while satisfaction jumped considerably between iOS 4 and iOS 5, the drop from iOS 5 to iOS 6 “seems especially unusual.” 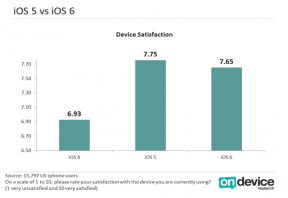 According to On Device CEO Alistair Hill:

We have always seen an increase in device satisfaction as consumer upgrade their mobile operating system from one version to another.

On Device doesn’t indicate what may have caused the drop in satisfaction, but one could surmise it could have to do with the new Maps app in iOS 6. However, I would caution that this dissatisfaction could have much to do with perception. Most folks probably haven’t had a chance to use the Google Maps-free app in a real-world environment. Instead many consumers, including those in the survey, might have been influenced by the media’s mostly negative reporting on the Maps app. But the fact that iOS customer satisfaction has dropped for the first time is significant. Do you hear that Apple? For further reading, you might like It Seems The Apple-Google Maps Contract Still Had Over A Year Left To Expire and Apple Could Really Lead People Right Off A Cliff With New Maps App. Source: TechCrunch Photo: ABC 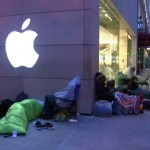 Yikes, iOS Customer Satisfaction Drops For The First Time
Nothing found :(
Try something else