You are using an outdated browser. Please upgrade your browser to improve your experience.
by Joe White
September 26, 2012
Apple's iOS 6 Maps app is something of a disappointment (so far), and as a result, other mapping services, such as Garmin, have been looking to improve their own offerings in an attempt to fill the void. Some have speculated that Google put an end to the agreement, potentially in an attempt to direct customers towards a dedicated, yet-to-launch Maps application, or even rather towards their Android OS. Now, however, we've heard otherwise. In actual fact, it seems the Apple-Google Maps contract still had over a year left to expire. This, of course, means that Apple could have spent more time improving its mapping service, launching it instead in iOS 7. As The Verge reports:

For its part, Apple apparently felt that the older Google Maps-powered Maps in iOS were falling behind Android — particularly since they didn't have access to turn-by-turn navigation, which Google has shipped on Android phones for several years. The Wall Street Journal reported in June that Google also wanted more prominent branding and the ability to add features like Latitude, and executives at the search giant were unhappy with Apple's renewal terms. But the existing deal between the two companies was still valid and didn't have any additional requirements, according to our sources — Apple decided to simply end it and ship the new maps with turn-by-turn.

Angry? I'll bet. But before crushing your beloved iPhone in fury, take a look at our article on Maps app alternatives. Perhaps you'll find a fitting replacement there. Source: The Verge Via: MacRumors 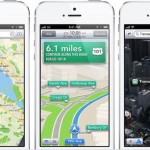 It Seems The Apple-Google Maps Contract Still Had Over A Year Left To Expire
Nothing found :(
Try something else