You are using an outdated browser. Please upgrade your browser to improve your experience.
by Bryan M. Wolfe
October 30, 2012
The way entrepreneur Mark Cuban sees it, an actual Apple television is never going to happen. That doesn’t mean that the HDNet founder thinks Cupertino will be staying on the sidelines of the home entertainment business, according to AdWeek. Cuban, who also stars in ABC’s popular “Shark Tank,” doesn’t believe that Apple needs to develop a real television to influence the market. Instead, a set-top box would do the trick. And if this happens, he believes that current boxes like Xbox, Roku, TiVo, and Boxee could be in real trouble:

I don’t think there is any doubt that if Apple released a set-top box that supported authentication for multichannel video programming distributors (like cable and satellite companies), it would be a huge success.

Of these current boxes, Cuban sees Microsoft best positioned to take on Apple in the living room. Of Xbox, he states:

Right now, yes. Xbox has done a great job of integrating TV into its consoles. It works and works well. The challenge will be whether or not they look to make it a price-competitive set-top box that can be ubiquitous or stick with their current gaming-driven market. It wouldn’t shock me if Microsoft is waiting to see what Apple does and will try to do a better job of it.

I agree with Cuban, for the most part anyway. While I too believe that Apple will launch some sort of set-top box in the future, I’m not sure that means the end of a possible Apple television. Rather, Apple will follow a wait-and-see approach on the television. If the set-top box proves successful, a television will likely follow. In August, we began hearing rumors that an Apple iTV wouldn't happen. Instead, Apple was said to be working on a set-top box. Source: AdWeek Photo: Jason Laveris/Film Magic 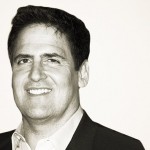 Mark Cuban: An Apple Set-Top Box Would Be A Game Changer

Mark Cuban: An Apple Set-Top Box Would Be A Game Changer
Nothing found :(
Try something else