You are using an outdated browser. Please upgrade your browser to improve your experience.
by Brent Dirks
October 11, 2012
A new $24.95 case from an Illinois-based accessory maker is promising to reduce purple lens flare from the iPhone 5’s camera, according to CNET. The camHoodie from Fotodiox uses a small rubber lens hood that apparently helps to ward of some of the stray light that causes the effect. The clear plastic that also holds the lens hood in place provides additional protection to the back of the iPhone from nicks and scratches. And to show some real-world results with the camHoodie, the company has offered some before-and-after photos: 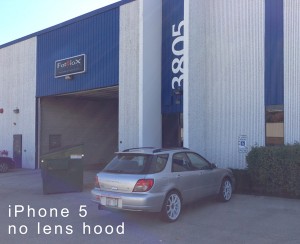 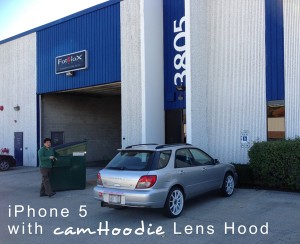 That’s a pretty big difference. Fotodiox also posted some videos on its site to show the improvement with the camHoodie. The case is available to preorder through Fotodiox’s site now. Expected delivery is Oct. 30, and the company said all orders would be filled on a first-come, first-served basis. Just a few days after the iPhone 5 went on sale last month, users began to complain about a purple halo on some photos taken with the handset. If framing the photo around a bright light source like the sun or an incandescent bulb, the effect would sometimes be seen. Apple has even posted a support document confirming the effect. Saying that it happens on all small cameras, including those on every generation of iPhone, the document suggests that shielding the lens or moving the camera should help to minimize the effect. Source: CNET 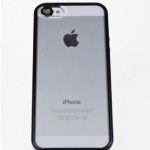