You are using an outdated browser. Please upgrade your browser to improve your experience.
by Bryan M. Wolfe
October 31, 2012
Earlier I posted an article entitled, The Apple Reboot: Skeuomorphic Design Changes, The End Of Siri And More. It brought with it a lot of comments, most of them negative. In particular, many were upset that I had suggested that Apple kill off Siri, which is a position I still hold ... to a degree anyway. Maybe it is best to clarify the reasoning behind my original position, since I didn't do that very well previously. For one, my negative opinion of Siri didn't happen overnight. In fact, I was one of the first to praise Apple for the many improvements to Siri that arrived with iOS 6. I was especially pleased with Siri's improving IQ as it related to sports scores and movie listings. Yet, I feel that it will take much more than knowing an NFL game score for the Siri brand to improve significantly. In many circles, Siri represents something half-baked that Apple never fully developed. A beta product. Additionally, Siri has never lived up to those exaggerated celebrity ads that Apple had run previously. Some of these ads are a bit misleading. That being said, I'm not sure exactly what Apple would do to improve Siri. Because we can't kid ourselves: Siri can use a lot of improvement. And yes, right or wrong, perception often outweighs reality, especially in the technology industry. Siri doesn't suck. And to be honest, I still use it often. Rather, I just feel that Apple's resources could be better used elsewhere. How about the relationship between Google and Apple? Cupertino has clearly made a conscious decision in recent months to do away with anything having to do with Google on iOS. And as the iOS 6 Maps fiasco has shown, this hasn't exactly worked in Apple's favor. Therefore, I'm a strong proponent in believing that it is sometimes best to let the other guy provide a service. Especially if they can do a better job. For instance, I think Google would do a better job with Siri than Apple. Sure, my original comment was probably a little too harsh. But maybe instead of killing off Siri, perhaps Apple would be wiser to work with Google and make her searching better and more reliable. After all, that's what Google does best: search. That way, everyone would win including Apple, Google, Siri, and most of all, customers. As always, thanks for your comments and input. You guys really know how to throw the punches, in a good way, of course. Keep 'em coming! 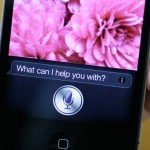 Opinion: Maybe Killing Off Siri Was A Little Bit Off The Mark

Opinion: Maybe Killing Off Siri Was A Little Bit Off The Mark
Nothing found :(
Try something else