You are using an outdated browser. Please upgrade your browser to improve your experience.
by Bryan M. Wolfe
November 26, 2012
In The Verge’s Apple Core forum is a brilliant post entitled, “My A La Carte Dream – Apple TV Concept.” In it, the writer, who goes by the screen name Knowledge, suggests the hardware and software components Apple should put into the company's long-rumored television set. The result is something that looks quite stunning. 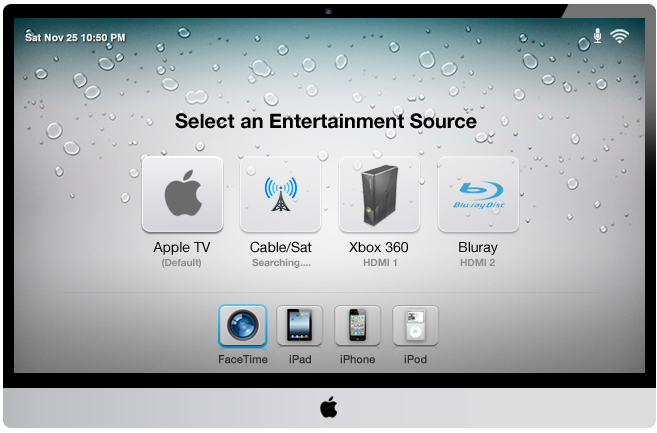 Knowledge suggests that an Apple television include the following “reasonable” hardware: Knowledge also anticipates the inclusion of a number of different inputs and devices. These include cable/satellite, of course, plus the ability to attach an Xbox 360 and Blu-ray player using HDMI. He also lists as entertainment sources FaceTime, iPad, iPhone, and iPod. The App Store, not surprisingly, is the virtual hub where users are able to purchase apps and subscriptions, plus find live TV and OnDemand programming. Best of all, under this concept, users buy programming a la carte. 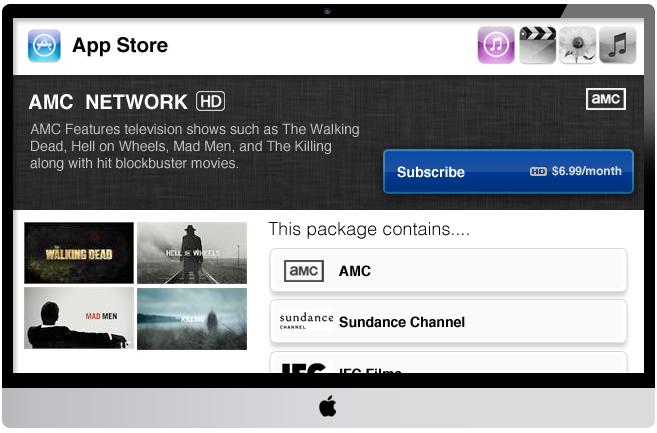 For example, for $6.99, a user could purchase monthly access to AMC, Sundance Channel, and IFC Films. They can also buy movies or TV shows from iTunes, which is similar to what we can do right now on existing Apple products. The concept also includes Apple television Siri integration, a TV guide, and more. One cable company recently told Barron's that they are currently assessing the impact of an Apple television device on their network data infrastructure. And according to one analyst,  the launch of such a product was "imminent." However, other rumors suggest that an actual Apple television won't launch until late next year. If Apple's product would include a la carte television programming, it would represent a significant shift. Cable and satellite providers have been less than willing to implement this type of programming elsewhere. Were Apple to gain approval for such a system, it could be a game changer. What do you think of this Apple television concept? Source: The Verge 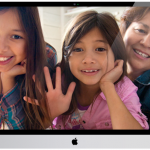 An Apple Television Concept That Includes A La Carte Entertainment Programming
Nothing found :(
Try something else