You are using an outdated browser. Please upgrade your browser to improve your experience.
by Bryan M. Wolfe
November 20, 2012
Piper Jaffray analyst Gene Munster suggests that Apple will unveil the company’s long-rumored Apple television in November 2013. He also predicts likely launch dates for the second-generation iPad mini, iOS 7, and more, according to Business Insider. Here is Munster’s timeline for Apple’s 2013 product releases: In March, the company will unveil a Retina display iPad mini, and some sort of iTunes radio product. Apple is also expected to unveil a slightly newer Apple TV box, that could come with actual iOS apps. In June, Apple will hold WWDC and preview iOS 7 and OS X 10.9.  This will also be the month that Apple will unveil Retina display versions of the MacBook Air. September will see the arrival of the iPhone 5S, a “modest upgrade” from the iPhone 5. Additionally, the iPad mini will gain some spec updates. A fifth-generation iPad should also debut, one that will look more like the iPhone 5 and iPad mini. In November, Apple will reveal an Apple television that will be priced from $1,500-$2,000 and come in sizes from 42- to 55-inches. Munster’s opinions about Apple are often quoted. However, that doesn't mean the analyst is always right. In March, for example, he suggested that Apple would launch an iTV this fall. Munster did, however, successfully predict the arrival of the iPad mini. Stay tuned to what could be another interesting year in the world of Apple! Source: Business Insider 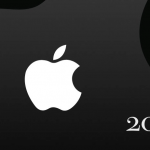 Apple's 2013 Calendar Could Include Launch Of iTV, Retina Display iPad mini And More

Apple's 2013 Calendar Could Include Launch Of iTV, Retina Display iPad mini And More
Nothing found :(
Try something else