You are using an outdated browser. Please upgrade your browser to improve your experience.
by Brent Dirks
November 2, 2012
Apple is having some issues with the iPhone brand name in Mexico, according to Electronista. The company been unable to secure the sole use of the iPhone name in the country, and a judge recently denied an injunction that would allow Apple to keep selling its products there. The iFone trade name was registered in Mexico in 2003, four years before the iPhone was officially introduced. The iFone company sells communications systems and services. Apple has been trying to gain control over the trademark since its handset launched in Mexico, according to the report:

A Mexican court cited the earlier trade name registration in refusing Apple's request, and the Mexican firm later countersued for damages, which could amount to 40 percent of iPhone sales revenue in Mexico. iFone's countersuit also sought to block Apple from selling the iPhone under its current name in Mexico.

The ruling may put a damper on the iPhone 5’s introduction in the country. The top two carriers in Mexico, Telcel and Movistar, are scheduled to start selling the new handset today. But it’s unknown how quickly the sales ban will go into effect. And the companies may settle before it becomes an issue. Source: Electronista Image via: customdropshipping.com 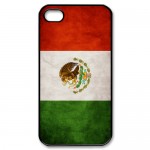 Apple Losing The Battle Over The iPhone Brand Name In Mexico

Apple Losing The Battle Over The iPhone Brand Name In Mexico
Nothing found :(
Try something else