You are using an outdated browser. Please upgrade your browser to improve your experience.
by Bryan M. Wolfe
November 27, 2012
Google has implemented a new review system for Google Play users. If proven successful, it could change the way reviews are perceived throughout the app world. Still, the new feature will almost certainly have its distractors, especially if a similar system eventually makes its way to iOS. Reviews left on Google Play will now automatically be tied to their Google+ account. In doing so, a review will include a user’s real name as well as their photo. As such, reviews are no longer anonymous. This change, at least in my mind, is both good and bad. For one, I would expect that reviews left on Google Play would now become less harsh since people can no longer hide behind the veil of privacy. For another, I would also hope that the reviews would become more sincere and less shady. However, I also recognize that the new system could have the opposite result. Instead of being an open forum where people can share honest opinions, it could become something far less useful. As TechCrunch rightly opines, Google “seems to be choosing quality over quantity.” Time, of course, will tell the story. I believe that this system will ultimately prove successful and should be used in other app economies. This, naturally brings us to Apple’s iOS review system, which now feels old compared to the one at Google Play. Currently, the only people that can review items in the App Store are those users that have actually purchased the app. However, because Apple doesn’t use real names on these transactions, privacy more or less remains. This is especially true when a user only rates an app, as opposed to writing an actual review. In this case, ratings aren’t publicly tied to a user. The result is that iOS app reviews are often inaccurate, or in some cases, completely deceptive. We already know that some sort of Facebook integration is coming to iTunes 11. However, I’m not expecting that this integration will reach the specificity that we’re seeing at Google Play. Instead, Apple will probably only slap a “like” icon next to an apps’ review page like they did on current iOS versions of the App Store. In the future, Apple should look at what Google is doing and make their iOS review process better. At the minimum, having reviews directly tied to a Facebook or Twitter login would be a good place to start. Apple could also go the Disqus route, which is the commenting tool AppAdvice uses. Better still, Apple could implement some sort of reviewer ranking system tied solely to a user's Apple ID. Under this scenario, the user could decide which service to use whether it be Facebook, Twitter, or Apple's own. This system, for example, could be based on the number of reviews someone writes, plus how useful others felt these reviews were when making buying decisions. I’d love to know your thoughts on this topic. Via: TechCrunch 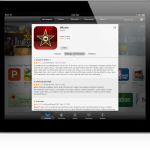 Apple Should Take Google's Lead And Make The iOS App Review Process More Personal
Nothing found :(
Try something else