You are using an outdated browser. Please upgrade your browser to improve your experience.
by Bryan M. Wolfe
November 5, 2012
Belkin has announced that they will soon be selling their first in a line of Lightning accessories for the iPhone 5, iPad with Retina display, and iPad mini. The Car Charger for Lightning and Charge + Sync Dock both ship on Nov. 15. According to Martin Avila, general manager of Belkin’s core division:

Belkin was the first third-party manufacturer to develop accessories for the 30-pin connector back in 2003, and we are thrilled to be first to market again with solutions for the new Lightning connector. People are eager for Lightning accessories and Belkin’s give them a reliable way to keep their new iPhone 5, iPad 4th generation, iPad mini or iPod touch charged, protected, and ready to go.

Both accessories will retail for $29.99. In October, we reported that Apple would make changes to their Made for iPad/iPhone/iPod (MFi) policies to reflect the new Lightning connector. Because of this, manufacturers will have to conform to the new rules before releasing Lightning accessories. Belkin's news suggests that this is now happening. 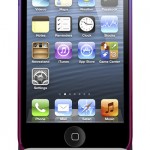 Belkin's First Lightning Accessories To Launch Nov. 15
Nothing found :(
Try something else