You are using an outdated browser. Please upgrade your browser to improve your experience.
by Brent Dirks
October 17, 2012
While we’ve known for a while that Apple is planning to make some significant changes to its Made for iPad/iPhone/iPod (MFi) policies, TechCrunch is reporting on some new information about those revisions. According to its sources, the MFi seminar for Apple’s partners will be on Nov. 7-8 in Shenzen, China. Probably the biggest news is that Apple will be very strictly regulating sales of its Lightning connectors. What that means is that the company will control the supply of Lightning pins. Third-party manufacturers can purchase the pins directly from Apple, at volume cost, only once a product is determined to meet certain standards and specifications. The cost of the pins won’t be unreasonable, but will be high when compared to other standards like USB. So more than likely, that cost will (no surprise) be passed on directly to the consumer. Those unauthorized copies that Chinese manufacturers are hard at work on are still likely to appear, according to the site. But customs agents at border checkpoints might easily confiscate those knockoffs. As of now, Apple continues to be the only source for Lightning cables. The Lightning-to-USB cables and Lightning to 30-pin adapters can be purchased on Apple’s site but have weeks of wait time. With the iPad mini, and maybe even a revised new iPad, on tap for introduction next week with the Lightning connector, the seminar couldn’t come at a more opportune time. Even with the probable higher cost, I’m definitely ready to see more Lightning-enabled accessories be unveiled, hopefully before the holiday season. Source: TechCrunch 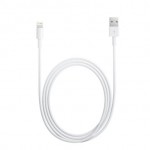 Upcoming Apple Seminar Will Inform Third-Party Manufacturers Of Lightning Rules
Nothing found :(
Try something else