You are using an outdated browser. Please upgrade your browser to improve your experience.
by Brent Dirks
November 27, 2012
Apple’s Eddy Cue has not wasted any time remaking the company’s mapping service. According to Bloomberg News, the senior vice president of software and services has fired Apple executive Richard Williamson. You may not know his name, but Williamson oversaw the much-maligned Apple Maps. And the reasoning behind his firing seems to be pretty simple:

In removing Williamson, Cue wants to install a new leadership team for the group, one person said. A replacement for Williamson wasn’t immediately known. Attempts to reach Williamson weren’t successful.

The critical reception of the new Maps app, something Apple highlighted as a major feature of iOS 6, also led to the departure of Scott Forstall, the former vice president of iOS software in a management shakeup late last month. Apple CEO Tim Cook penned an apology letter to users for the "frustrating" Maps, while even suggesting other competing programs. And Cue seems to be taking a hands-on approach to quickly improving the app. According to the story, Cue “is seeking advice from outside mapping-technology experts and prodding digital maps provider TomTom NV to fix landmark and navigation data it shares with Apple.” Source: Bloomberg 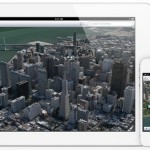 Manager In Charge Of Apple Maps Reportedly Fired
Nothing found :(
Try something else