You are using an outdated browser. Please upgrade your browser to improve your experience.
by Joe White
November 9, 2012
Just a couple of days ago, we told you about NowNow - a jailbreak tweak that better integrated Google Voice Search within the iOS. However, a new jailbreak tweak developed by Ryan Petrich (@rpetrich) has surfaced, which kind of does the same thing, but in a much better way. Like NowNow, Petrich's jailbreak tweak - called "Activoice" - can be downloaded for free in the Cydia Store. Once downloaded and installed, users can assign an Activator action to Google Voice Search. This means that you'll be able to access Voice Search immediately via a long press of the Home button, for example. This alone is an excellent feature, since folks won't need to launch the Google Search app, and touch the "Voice" icon in order to launch Voice Search on their iPhone handset. However, in Activoice, you can also assign an Activator action to launch a different aspect of the Google Search app, such as Google Goggles, Google's text search, or Google Apps. This means that with a single press of the Home button (or any other button on the iPhone, for that matter), users can be taken straight to their most-used part of the Google Search app, which is definitely a useful feature. For more information on Activoice, take a look at our video walkthrough below. In order to download the free jailbreak tweak yourself, be sure to add Ryan Petrich's "beta" repository to the "Sources" section of your Cydia app. The repository's address is: "http://rpetri.ch/repo/," and of course, you'll also need the free Google Search app. Enjoy! http://www.youtube.com/watch?v=-Xo6O4u2f7k 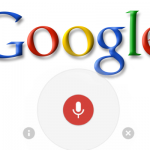